After listening to the experiences of military wives, particularly those of his mother and his wife, George created this tribute to the Military Wife. The forever dedicated and supportive Military Wife is shown in the center of her heart shaped "military career". The vignettes depict her service from wedding day to retirement.

The rigor and challenge of the US Army’s Airborne School has not changed since this picture was created in 1960. The tough physical and mental training is faithfully captured by George’s ironic eye based on his own experiences.

Essayons! (Let’s Try). First to explore the American West and first to the opposite shore, the US Corps of Engineers combines creativity with resolute courage to make the very difficult seem routine. George’s Military Engineer father inspired this depiction of the ultimate Engineer in action.

For the army to move, shoot and communicate, the Ordnance Corps never rests as it provides service to the line around the clock and around the world in peace as well as in war. Service with a Smile!

There is nothing like commanding a unit. It is all yours: the mission, the challenges, the satisfaction. No matter what your age you are the Old Man. The unit is yours to make is as good as it possibly can be. You may fade away to higher positions but never to a better job! When George created this picture in 1963 he had served under 4 battery commanders until he had his own command.

A headquarters is only as good as the performance of its hard working staff. This is a tribute to the toiling, often invisible, souls who make the commander’s orders workable and who keep the command’s administration functioning.

Rangers are tough! Ranger students are hardened by weeks of close combat training and patrolling to meet the challenges posed by nature, tireless lane graders and the enemy. Ranger students learn to own the night, live with wet boots and hunger and to lead the way!

The one year tour of duty as a MACV Advisor during the war in Viet Nam was a challenge for both advisor and his Vietnamese counterpart. George was an advisor in the Central Highlands and this is his take on the situation in VN in 1966-67 created soon after his return to the US. What are the lessons?

Click on the image to enlarge it and see a selected detail. The prints are signed by the artist. 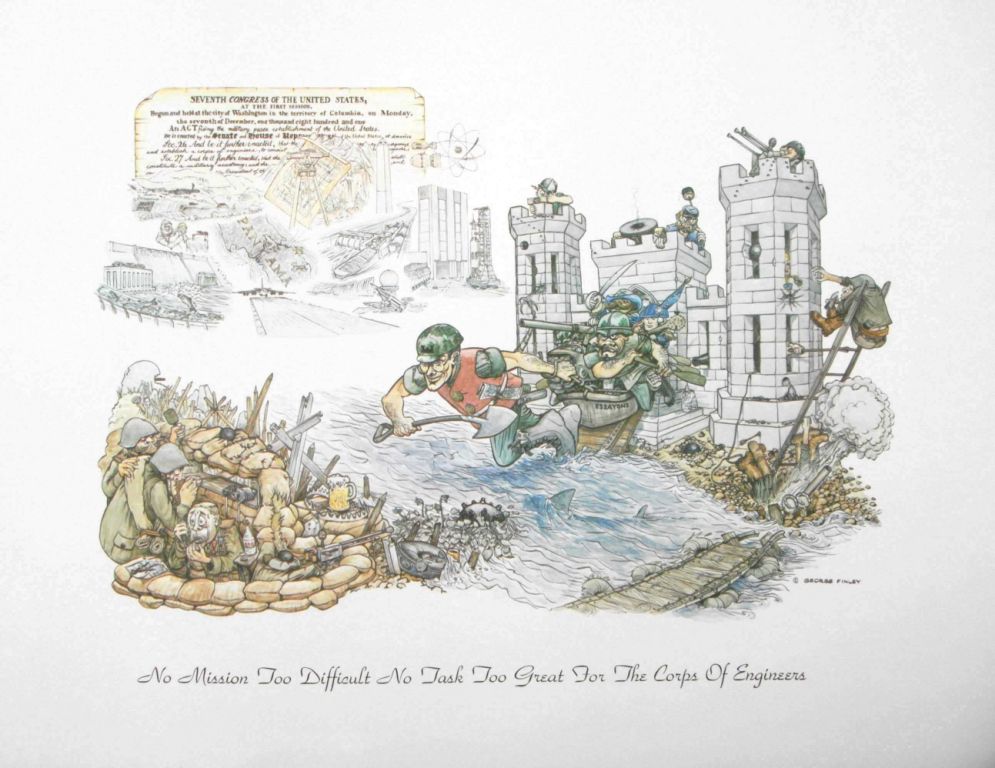 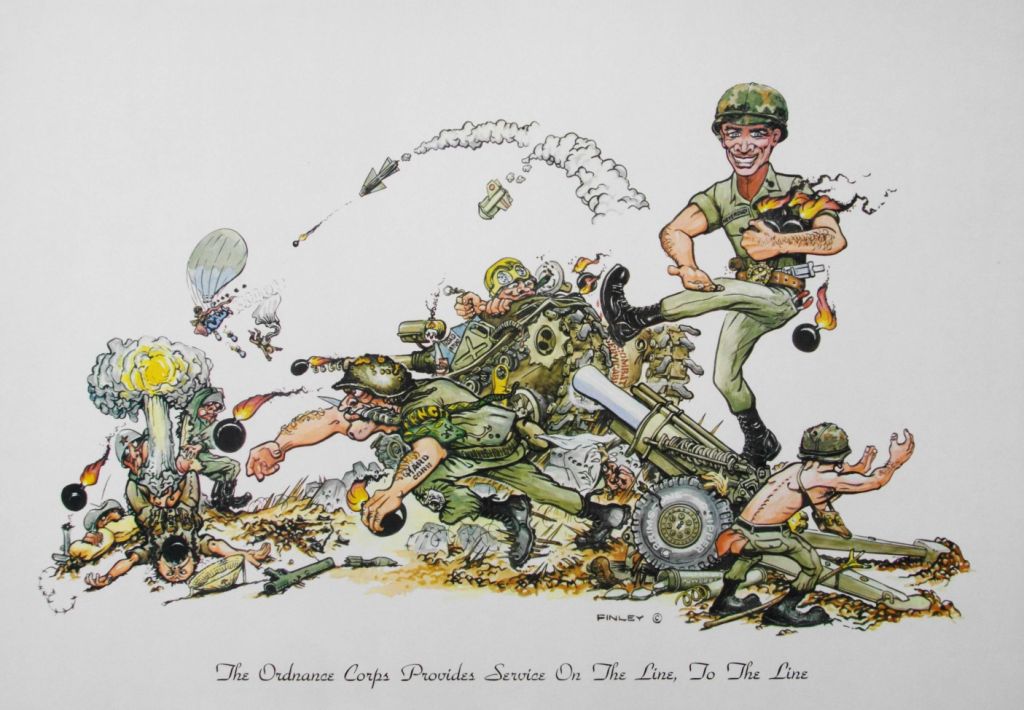 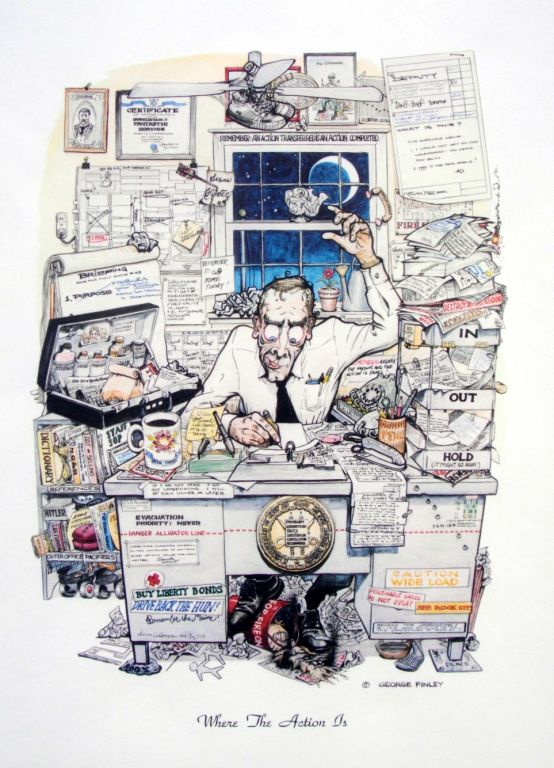 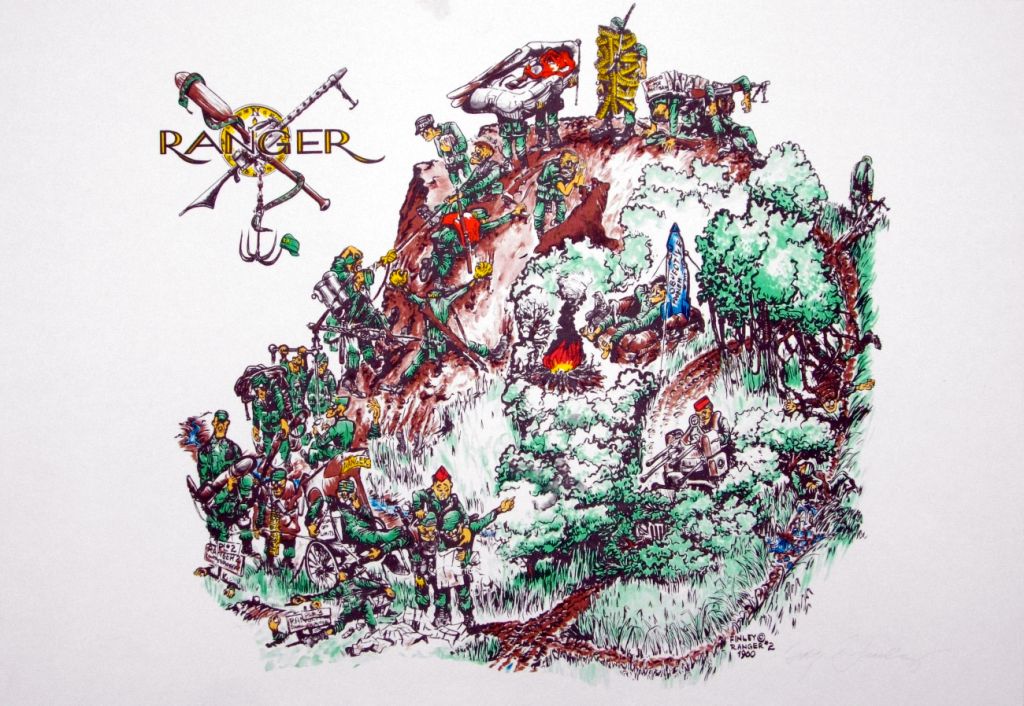 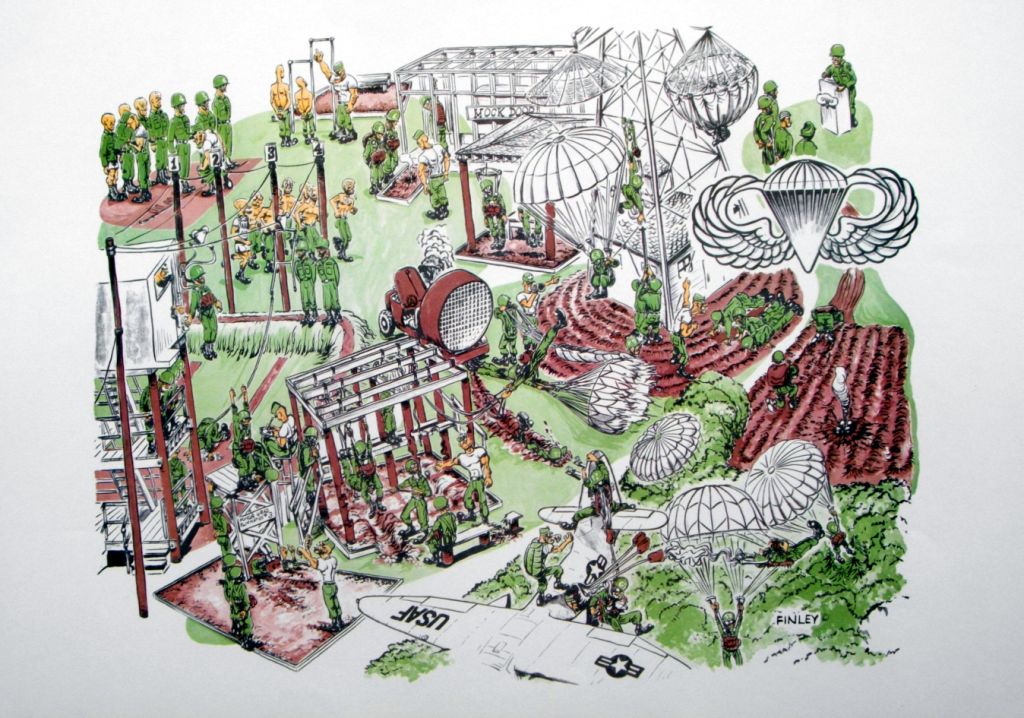 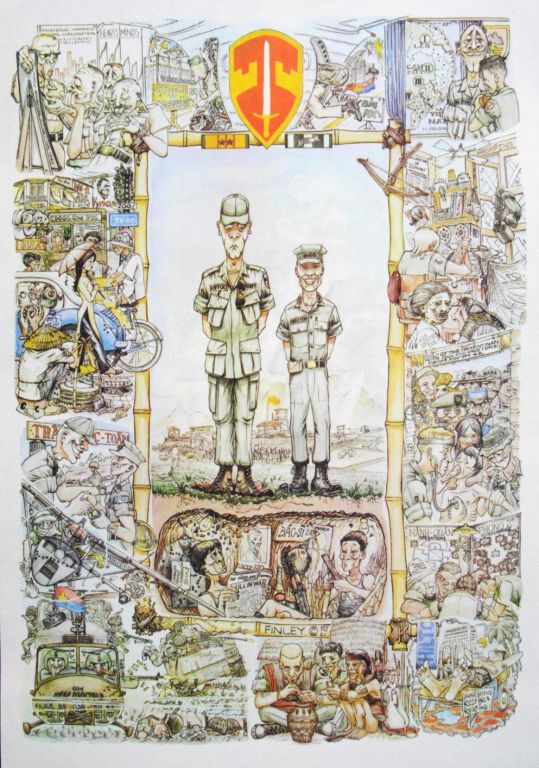 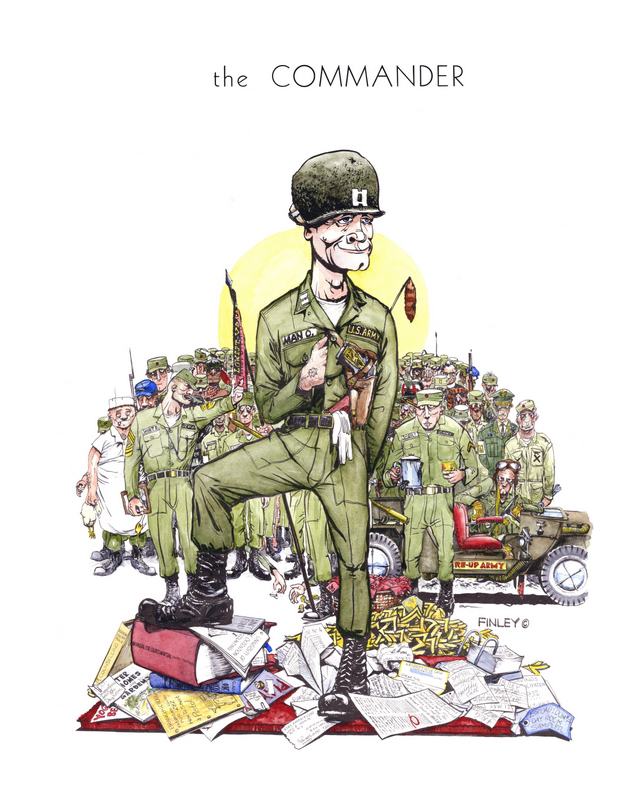 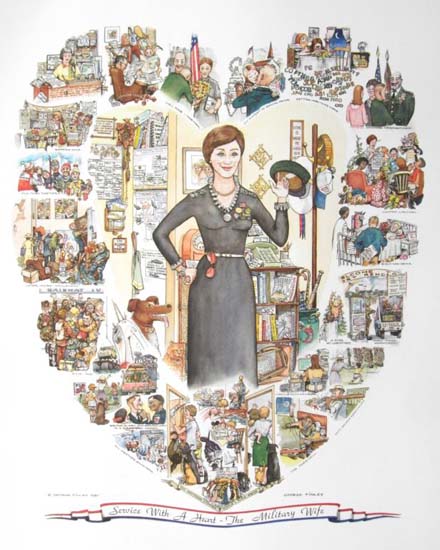