The US effort named Provide Comfort from the end of the First Persian Gulf War in 1991 to 1996 provided support to inhabitants and refugees in northern Iraq who were escaping the Iraqi army of Sadam Hussein. The US Army Aviation element was called Eagle Flight. This print commemorates the crews of the UH-60 Black Hawk helicopters who participated in the operation and memorializes those who gave their lives during this humanitarian mission.

Temporarily our of stock

The US Army Berlin Brigade played a vital role in the United States, resolve to defend freedom and democracy in Western Europe. After more than 48 years of service, the Brigade ceremoniously departed Berlin in 1993, having fulfilled its mission. The print shows a color guard of 3 generations of US soldiers standing before a brief history of the encircled city.

This picture captures the moment in time when the US Army's VII Corps was farewelled in Stuttgart, Germany on March 18, 1992. Representatives of the German states of Bavaria and Baden-Württemberg, where the Corps was stationed, honor the Jayhawk colorguard as it departs the grounds of the New Palace, Stuttgart. 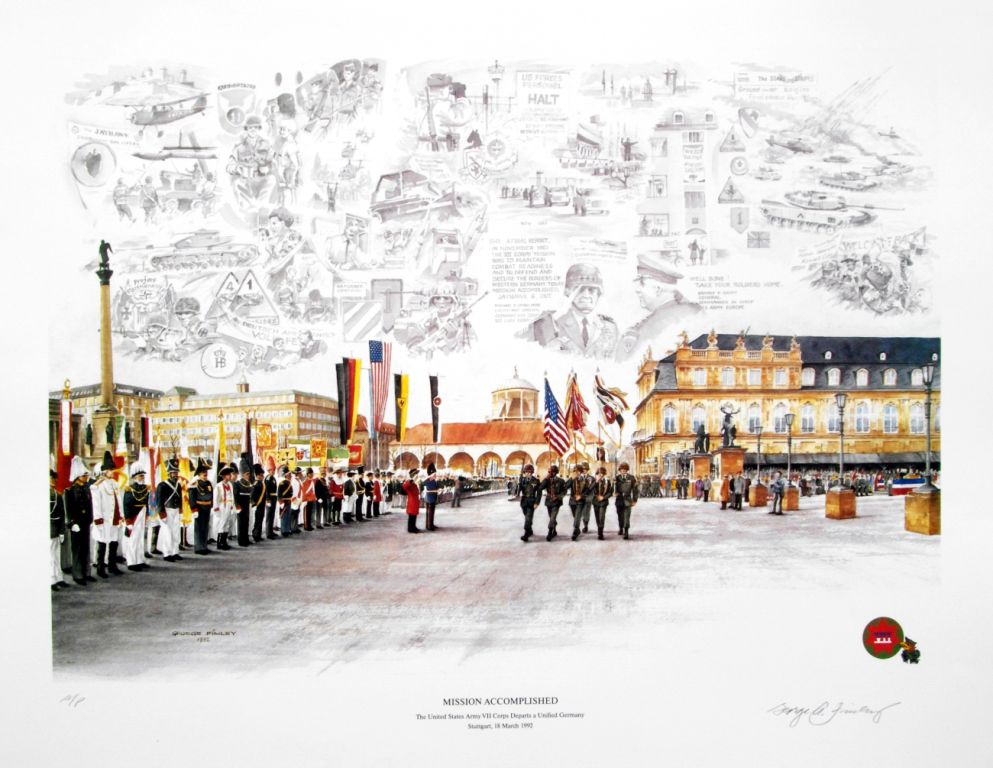 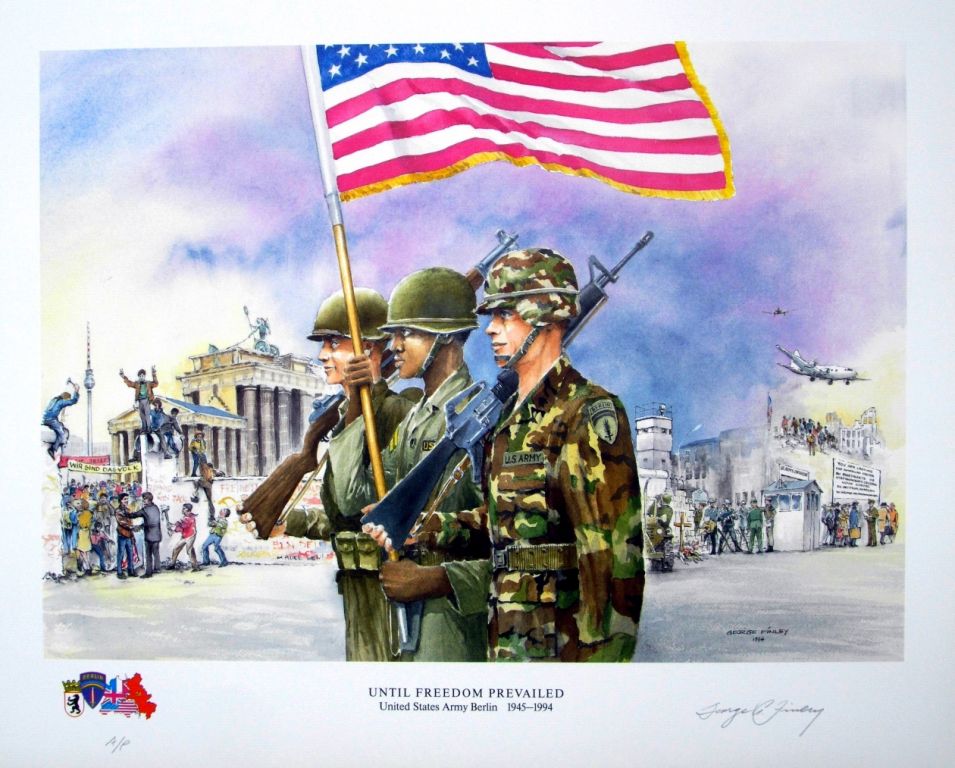 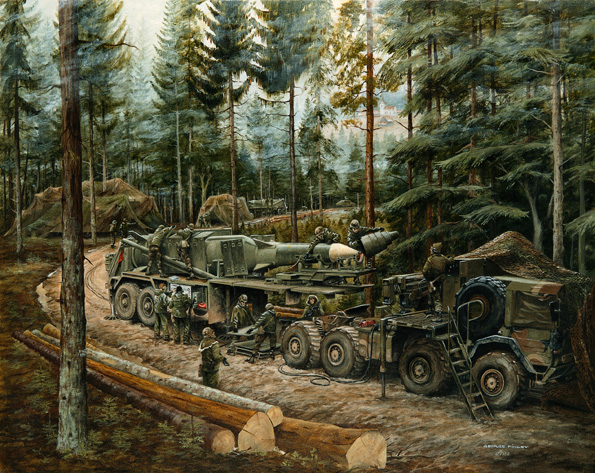 There are periodic inquiries as to the value of sold out Finley prints. It is not known what the values are since to date no one has made it known that they wish to sell their print. Without a print to sell there is no market and a price cannot be established. If anyone wishes to sell a print it is suggested that they offer it for sale on eBay or a comparable site. 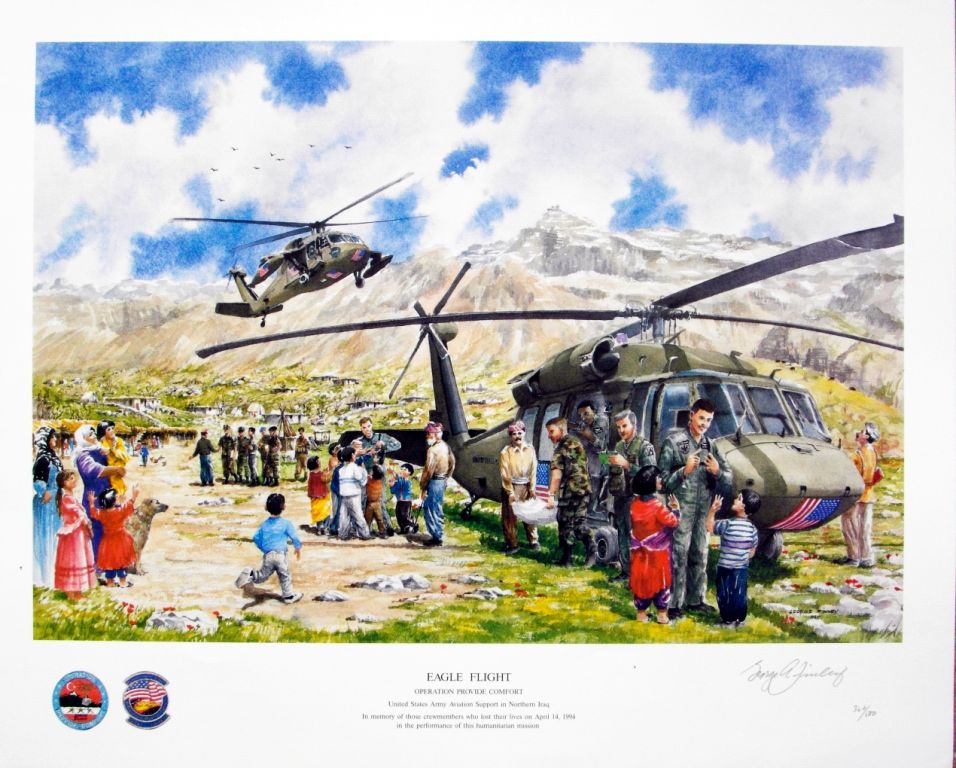 A Pershing II missile battery counts down for the last time in an exercise in Baden Würthemburg, Germany 1987.

Temporarily out of stock

A TRIBUTE TO OUR SOLDIERS

Soon after the attacks on September 11, 2001 United States military units were deployed to Afghanistan to locate and defeat Al-Qaeda the radical Islamist group led by Osama Bin Laden which had launched the attack. By the end of the year a coalition of more than 40 nations under the leadership of the United States had driven Al-Qaeda out of the country and swept the Al-Qaeda allied Taliban government of Afghanistan from power. During the long process of creating a democratic government by and for the Afghan people, the US military and its allies provided security to the fledging democracy as well as trained the Afghan military and police force. For 12 long years American Soldiers as war fighters and mentors served tours of 6-12 months in Afghanistan or in Iraq while that war was in progress. In the interim periods they trained and received new equipment for the next combat tour of duty. Years of sustained combat and training while meeting the challenges of a very different culture away from home and family demanded extraordinary mental and physical strength. This picture is a tribute to our Soldiers who were part of the noble effort to secure Afghanistan and to assist in its effort to be a member in the world’s family of democracies. A secure Afghanistan means a more secure America. Take Care – Khoda Negahdar. 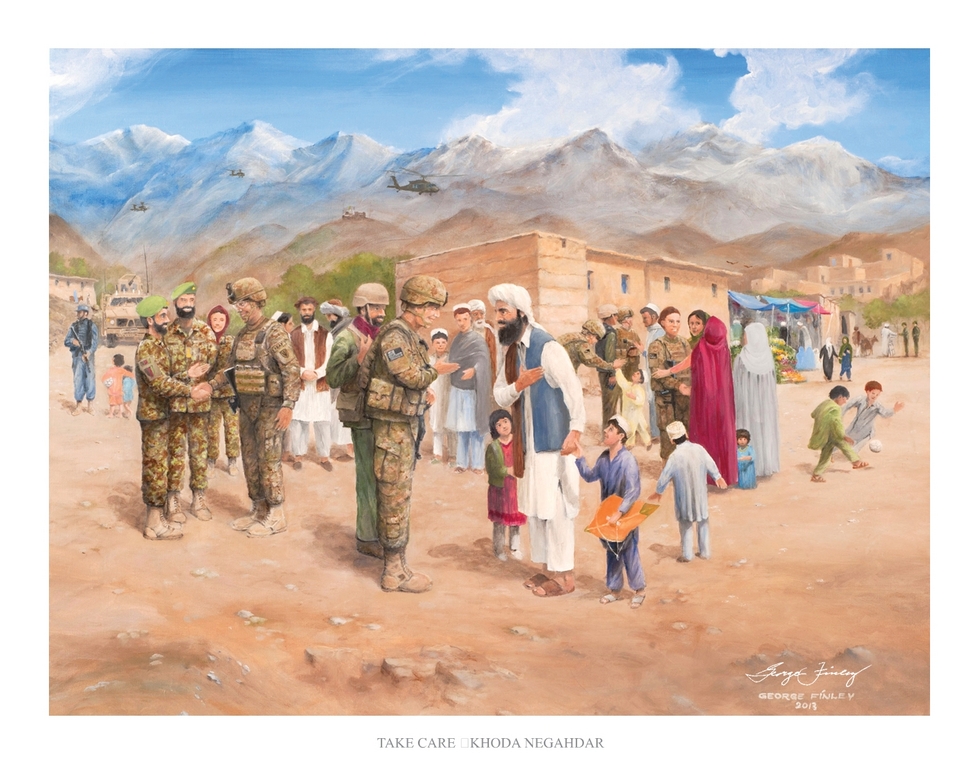 When the Berlin Wall opened in November 1989 many East Germans came to the West for the first time in their little Trabant cars. West Germans warmly welcomed the drivers who were finally free. I saw the first one in West Germany in December 1989 far from Berlin with an American flag mounted on the dash board. I could only speculate why the flag was there since the driver was not present. I took it as a sign of appreciation from a now free East German for the United States’ resolve in standing by the democracies of Europe for many years in the face of the Soviet threat. I drew a picture of the car and flag and had it printed in early 1990. The picture is especially meaningful to those who were stationed in Germany during the Cold War. 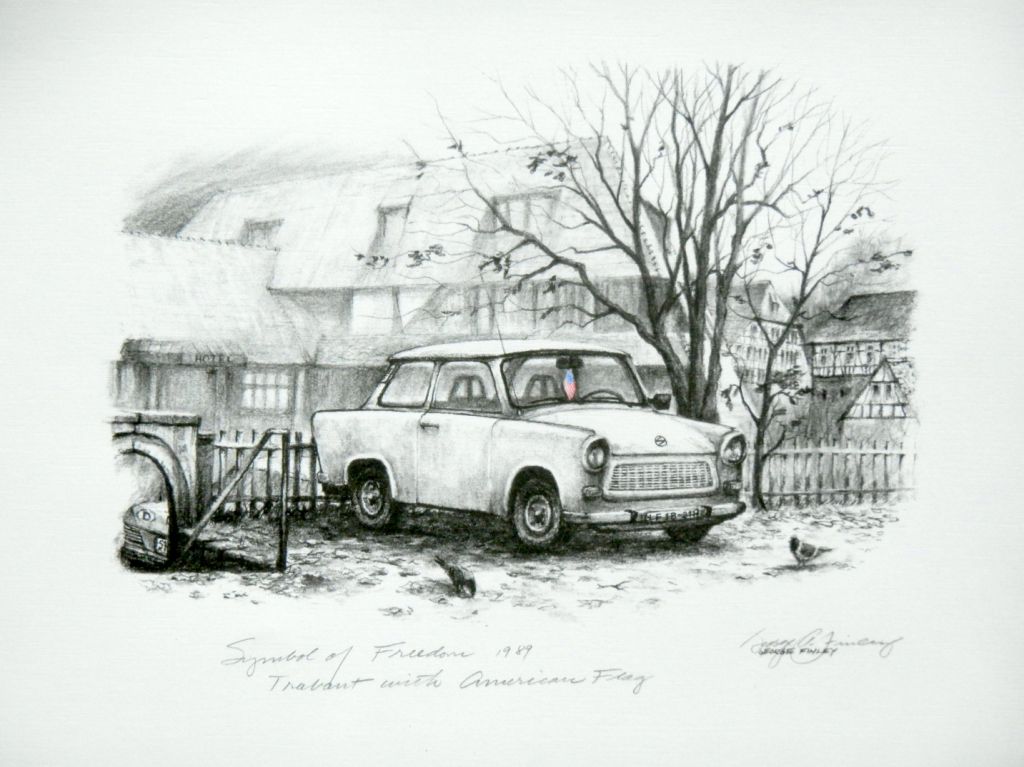 Scroll down page for all prints. Click on the image to enlarge it and see a selected detail.

COMMEMORATIVE PRINTS ARE NO AVAILABLE